Giving away the bride tradition and meaning

Giving away the bride is a tradition that has evolved over time. For some brides walking down the aisle with their father on their wedding day is a very special moment. One father I know pulled a picture of his daughter from his pocket and said, "This is how I remember you." The daughter's eyes brimmed with tears as she saw herself as a toddler wearing pigtails. The wedding march played, and the two of them walked the aisle together along an emotional thread only the two of them shared. So amid traditions, sometimes we create new traditions. 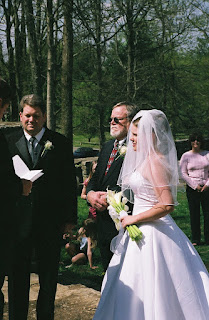 Giving the bride away tradition

Giving the bride away is an ancient tradition started back when arranged marriages were the norm. Back then: 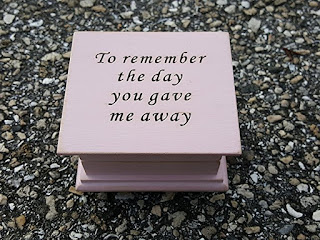 Father giving away the bride tradition

Today, those who choose to "give the bride away" look at it as a practice that symbolizes the transfer of authority from the bride's father to her new husband, and it's not unusual for fathers to make a small speech as they relinquish their place of authority. However, these days, dads aren't the only ones to give the bride away. Now, some brides elect to have both parents, or in some cases their mother, child or some other family member walk them down the aisle. 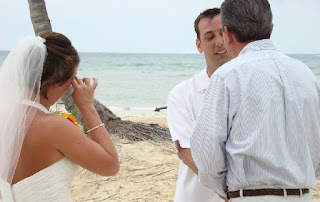 Giving away the bride has evolved

With all that said, the giving away of the bride tradition is not for every bride. Those who feel the practice is archaic, or who don't have a close relationship with their father or parents, shouldn't feel obligated to include the tradition. However, for those who like the idea, but whose father is deceased or unavailable, it is not uncommon to have another close family member walk the bride down the aisle.


Some links in this post are affiliate links. We are a participant in the Amazon Services LLC Associates Program, an affiliate advertising program designed to provide a means for us to earn fees by linking to amazon.com and affiliate sites.

Thanks so much for being part of our success.

Email ThisBlogThis!Share to TwitterShare to FacebookShare to Pinterest
Labels: father giving away bride tradition, giving away the bride, giving bride away 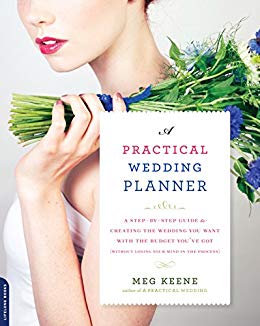